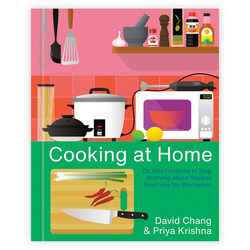 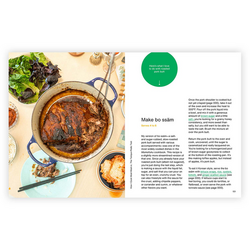 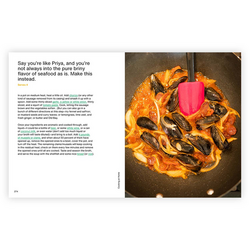 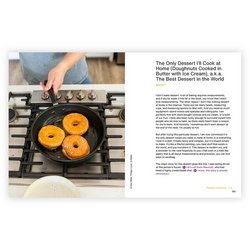 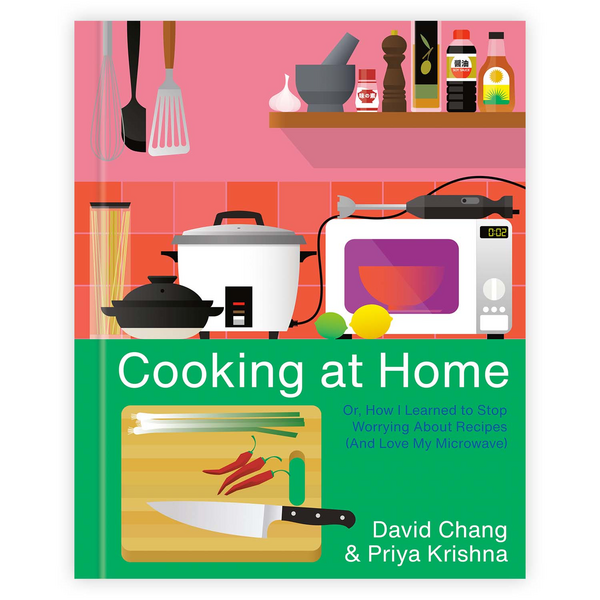 Cooking at Home: Or, How I Learned to Stop Worrying About Recipes (And Love My Microwave): A Cookbook

Additional Information
The founder of Momofuku cooks at home… and that means mostly ignoring recipes, using tools like the microwave and taking inspiration from his mom to get a great dinner done fast.

David Chang came up as a chef in kitchens where you had to do everything the hard way. But his mother, one of the best cooks he knows, never cooked like that. Nor did food writer Priya Krishna’s mom. So, Dave and Priya set out to think through the smartest, fastest, least meticulous, most delicious, absolutely imperfect ways to cook.

From figuring out the best ways to use frozen vegetables to learning when to ditch recipes and just taste and adjust your way to a terrific meal no matter what, this is Dave’s guide to substituting, adapting, shortcutting and sandbagging—like parcooking chicken in a microwave before blasting it with flavor in a four-minute stir-fry or a ten-minute stew.

It’s all about how to think like a chef… who’s learned to stop thinking like a chef.

David Chang is the founder of Momofuku. His cookbook, Momofuku, and his memoir, Eat a Peach, are New York Times bestsellers. He lives in Los Angeles.

Priya Krishna is a food reporter for The New York Times and the author of the bestselling cookbook Indian-ish. She grew up in Dallas and currently lives in Brooklyn.
© 2022 Sur la Table, Inc. | 317.559.2041 | Site Map
[+] Share feedback with us