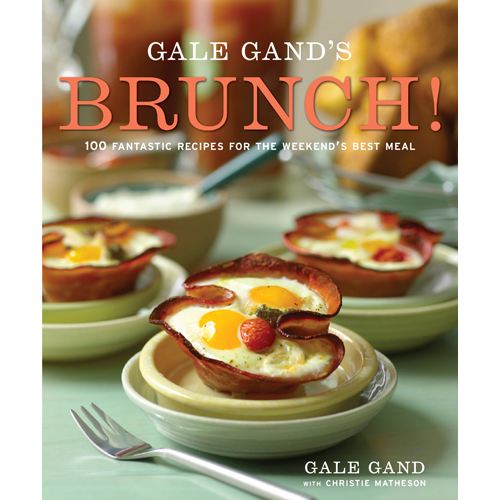 0 seats left
Menu
Quick Apple Streusel Coffee Cake - Caramelized Onion and Zucchini Tarts - Baked Eggs in Ham Cups - Roasted Pears and Rhubarb with Crunchy Almond Topping
What you will learn
We are so pleased to welcome Chef Gale Gand back to the Sur La Table kitchen! In this special demonstration-style class, Chef Gand will share several favorite recipes from her most recent book Gale Gand’s Brunch! and reveal her professional secrets to making sure each one comes out perfectly when you recreate them at home.

Gale Gand is partner of and founding executive pastry chef of Tru, the one star Michelin, four-star Mobil, five-diamond AAA, Relais & Chateaux Relais-Gourmand restaurant in Chicago with restaurateur Rich Melman. She was recognized in 2001 as Outstanding Pastry Chef of the Year by The James Beard Foundation and Bon Appetite magazine and in 1994 as one of Food & Wine’s Top Ten Best New Chefs. Gand has a BFA from RIT and attended culinary school at La Varenne in Paris and is an accomplished cookbook author with seven titles to her credit, including her most recent Gale Gand’s Brunch, released in 2009 plus she is currently writing her eighth, Gale Gand’s Lunch.

Gand was the host of the long running Food Network’s Sweet Dreams, the first ever all-dessert show for Food Network, currently airing on The Cooking Channel. She has appeared on Martha Stewart, Oprah, Iron Chef America, The Dr. Oz Show, Baking With Julia (Child), Nickelodeon, and judged the 2008 season of Bravo's hit series Top Chef and Top Chef Just Desserts, Food Network Challenge and Last Cake Standing. She has her own root beer company, Gale’s Root Beer producing a cinnamon-ginger-vanilla flavored root beer. In the summer of 2008 two of Gand’s desserts were featured at the USA House at the Beijing Olympics and she was chosen by Mayor Daley to create the dessert for the President of China’s Welcome dinner on his 2011 visit to Chicago.

A supporter of sustainable agriculture, eating locally and the environmental movement, Gand is the Chef-in-residence at Elawa Farm in Lake Forest Il., cooking and baking from produce grown in the historic gardens of the farm to sell at their weekly farmer’s market. Gale is involved in many national causes including first lady Michelle Obama’s Move To School initiative to help fight childhood obesity. She is also involved in many community causes, including Chicago’s Green City Market and Art Smith’s foundation, Common Threads. She is an executive board member of the Chicago chapter of the AIWF and a long-time member of the James Beard Foundation and Les Dames D’Escoffier.

We'll have copies of Gale Gand's Brunch! available for sale and Gale will be happy to autograph copies after class.
Images