Watch Video
OUR ORIGINAL RECIPE
The founder of Sur La Table followed her own path when starting her store, mixing and cooking with the culinary world's biggest names along the way. 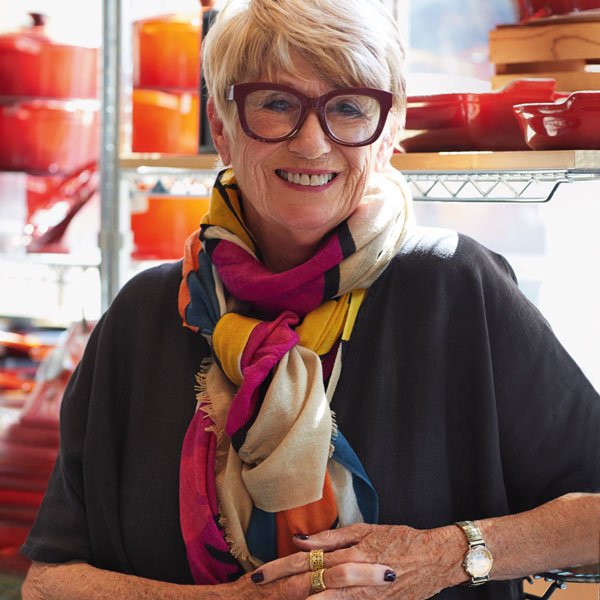 Shirley Collins was lured to the Pacific Northwest by her husband and her first taste of the region's fresh raspberries, a fruit she had never seen where she lived in South Texas.

"It was just transcendent. I mean, I was really shocked that anything could be that good," she recalls of the berries and cream she was served. "Raspberries got me here."

In 1971, Seattle was still a bit of a port town, full of fishermen and aerospace engineers. A spate of layoffs at Boeing had prompted two real estate agents to erect a billboard outside of town asking, "Will the last person leaving Seattle turn out the lights?" 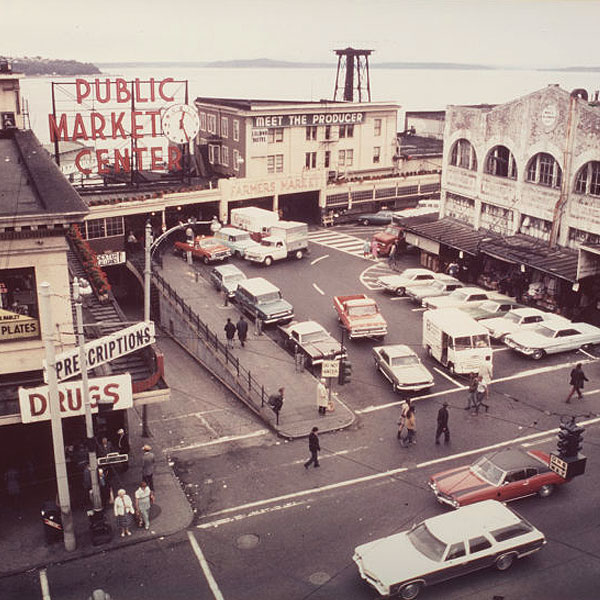 "There wasn’t a place in Seattle at the time to buy any kind of cooking equipment—nothing," says Collins who was then making her way through Julia Child's Mastering the Art of French Cooking. "If you wanted a pastry bag or a piece of cheesecloth, you really had to go to San Francisco to get it." She decided to start her own business, and this obvious white space in the market sparked her imagination. As did a physical space in Pike Place Market.

"You find the need first. There was no one selling Le Creuset. There were no wooden spoons. There were no French knives. There were no knives in Seattle," Collins says. "Luck took me to the Market. In France, they always have a little store or booth set up near the markets that sells cooking equipment. So I got a bank loan—the first time a woman that had done that on her own in Washington state—and found a rundown, wretched old heap in the Market—an old speakeasy." 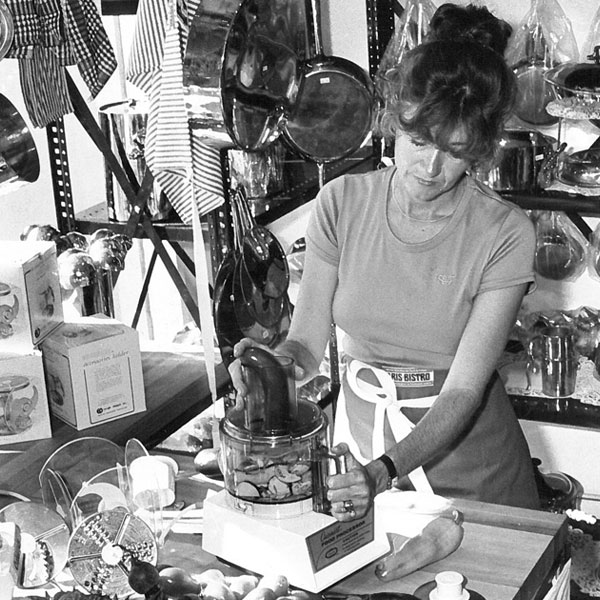 "I was the first female in the state of Washington to apply for a bank loan on my own. Women didn’t apply for them in those days because they didn’t see it as something they could do. But I did. Women were made to feel like they were not valued, but we are. We need to recognize that and honor it in everything we do."

Pike Place Market was a natural fit for Collins as well as her business. Fresh food had been part of her upbringing. "We were close to the border with Mexico. My family went there to shop for food because they had a huge market and South Texas didn’t have anything like that. I learned the value of a fresh pepper. I learned to talk to the growers. It was wonderful and influenced the way that I cook." And it was something she knew was worth preserving in the city she now called home. 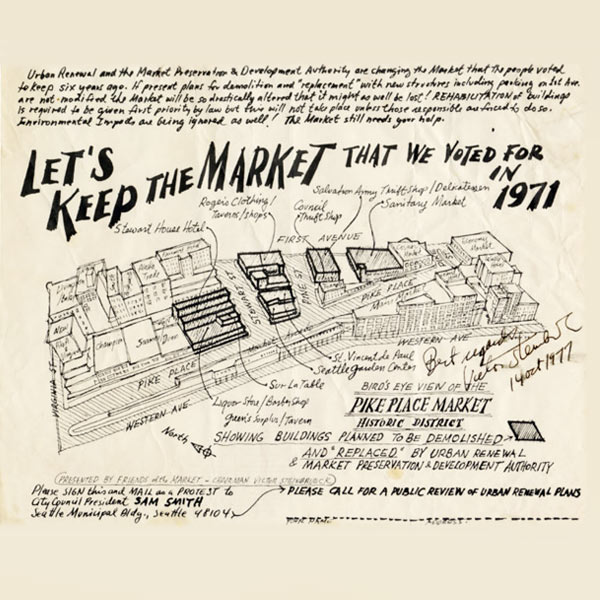 During the late '60s and early '70s, Pike Place Market was threatened by Seattle developers who wanted to turn the often-neglected area into hotels. A group of citizens rallied to preserve the historical center. In the fall of 1971, an initiative was passed, protecting the Market by a city ordinance. "The Market had just been saved by Friends of the Market—I was a big part of that movement," she says. So the location was an emotional as well as a logical fit for her new cooking store, Sur La Table, which opened its doors on September 7, 1972. "I’d graze my way through the market, and I was just so excited to be there. You had all of these vendors, and you talked to them about food, and they had their ideas. They’d just hand you something to eat." 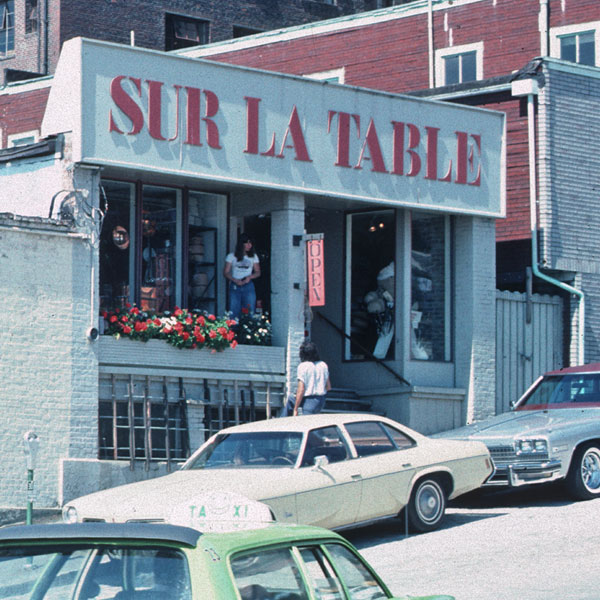 "The heart of the store was the food around us: the food we made, the food we ate, and the people we fed. We helped raise money for the people in the Market who didn’t have enough to eat. The store was always a wonderful community that worked together."

The Seattle Times newspaper picked up the store opening. "This reporter was basically saying, 'We need to support this woman because she’s doing a really great thing here. Everybody who loves food has to go here.' People just flocked in," she recalls. "I don’t think everyone read the fine print on that, though, because I had a whole bunch of people arriving for lunch. They thought Sur La Table was a restaurant!" 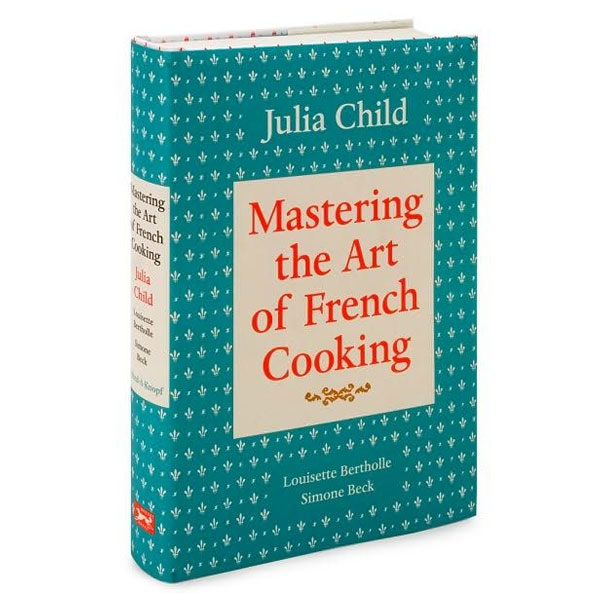 But people soon caught on, and the store became a hub for international celebrity chefs and food enthusiasts. "I had such great customers. They were so wonderful. The floors were worn out within three months," Collins says. "It’s always been about the people; they gave me the support I needed. There’s the day that the actor Danny Kaye came in for stainless-steel mixing bowls. He grabbed a wok and danced around the store with it. Then of course Jacques Pepin; he was always wonderful and charming. And Julia [Child]–inspiring, loving, wonderful Julia." 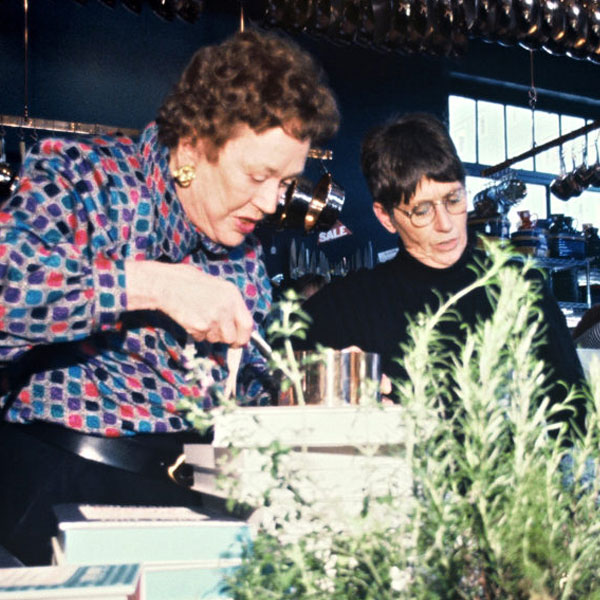 The support of these legendary names helped put her Seattle store on the map. When Collins discovered a strange "little machine" in the basement of a trade show, she became the first West Coast retailer of the Cuisinart. "It was such a smashing success, and it was from the first day we got them. Then Julia Child came to do some cooking lessons as a fundraising event for one of the churches in Seattle and demonstrated the Cuisinart. I was already selling a few, but having Julia talk about it was a real game change."

"She was always very kind about the store, and about me, too," Collins says of Childs. "I considered her my friend, and the same with Jacques [Pepin]. He was the world’s most charming man, and he also came to the store. You have to remember, I’m still in 750 square feet. It was a really big deal. They were very gracious with their time, and very helpful and kind to me."

"So many people do things in their lives, and when they’re gone, those things no longer live. Mine has. It’s wonderful. It’s alive and thriving. I’m happy that I was where I needed to be to help that happen."
The List according to Shirley Collins, Sur La Table Founder:


Bridget Charters, Kim Smith, Cathy Conner, Sally McArthur. All these women worked hard to make a place at the table for women in the food industry. Of course, I would probably ask Julia [Child] too, because she’s so entertaining and everybody would like that.

Best thing someone has cooked for you:


I have an All-Clad pot that’s five quarts. It’s deep and has a rounded shape and domed lid. I use it to make everything. I boil pasta in it, I make soup in it, I braise things in it. It’s just a fabulous pot.


If you could eat one thing forever: