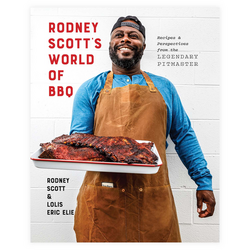 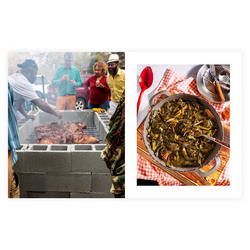 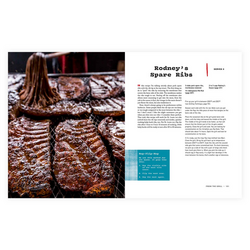 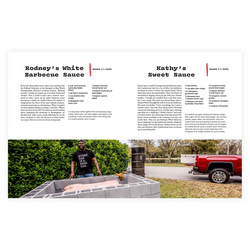 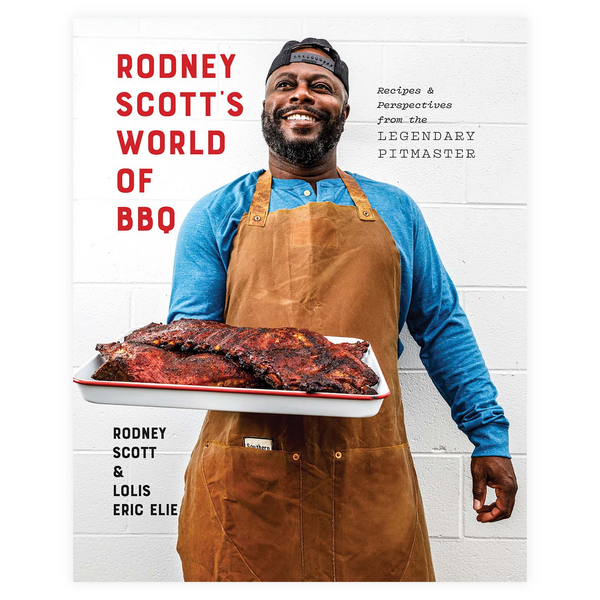 Additional Information
In the first cookbook by a Black pitmaster, James Beard Award–winning chef Rodney Scott celebrates an incredible culinary legacy through his life story, family traditions and unmatched dedication to his craft.

"BBQ is such an important part of African American history, and no one is better at BBQ than Rodney."—Marcus Samuelsson, chef and restaurateur

Rodney Scott was born with barbecue in his blood. He cooked his first whole hog, a specialty of South Carolina barbecue, when he was just eleven years old. At the time, he was cooking at Scott’s Bar-B-Q, his family’s barbecue spot in Hemingway, South Carolina. Now, four decades later, he owns one of the country’s most awarded and talked-about barbecue joints, Rodney Scott’s Whole Hog BBQ in Charleston.

In this cookbook, co-written by award-winning writer Lolis Eric Elie, Rodney spills what makes his pit-smoked turkey, barbecued spare ribs, smoked chicken wings, hush puppies, Ella’s Banana Puddin’ and award-winning whole hog so special. Moreover, his recipes make it possible to achieve these special flavors yourself, whether you’re a barbecue pro or a novice. From the ins and outs of building your own pit to poignant essays on South Carolinian foodways and traditions, this stunningly photographed cookbook is the ultimate barbecue reference. It is also a powerful work of storytelling. In this modern American success story, Rodney details how he made his way from the small town where he worked for his father in the tobacco fields and in the smokehouse, to the sacrifices he made to grow his family’s business and the tough decisions he made to venture out on his own in Charleston.

Rodney Scott’s World of BBQ is an uplifting story that speaks to how hope, hard work and a whole lot of optimism built a rich celebration of his heritage—and of unforgettable barbecue.

Rodney Scott is the chef and co-owner of Rodney Scott’s BBQ in Charleston, South Carolina, and Birmingham, Alabama, with a new location in Atlanta expected to open in late 2020 or early 2021. He has been featured on The Splendid Table, Parts Unknown, It’s Alive, and Eater and in The New York Times and Condé Nast Traveler, among others. He won the James Beard Award for Best Chef Southeast.

Lolis Eric Elie is a writer and filmmaker. He was a writer on Treme, Bosch, Greenleaf, and The Man in the High Castle; his work has appeared in Best African American Essays, The New York Times, Gourmet, and Saveur; and he has been featured on 60 Minutes. He is a New Orleans native and one of the founders of the Southern Foodways Alliance.
© 2022 Sur la Table, Inc. | 317.559.2041 | Site Map
[+] Share feedback with us